A conglomerate (lat. conglomerare 'to clump together') is, according to the dictionary, "a sedimentary rock consisting mainly of gravel or rubble" but also "an agglomeration of various materials in common parlance".
Our "conglomerate" consists of various materials and repurposings of benches, hoses, screen printing plates, grids, acrylic paint, varnish, sailcloth, signs, wood, foam, duffel bags, tension belts and spray chalk, which are assembled into objects. As building blocks, these objects are found in an overarching order.
In the interlocking of the built components and the surrounding urban space - with its given elements and colours - a hybrid, participatory pictorial space is created. Through a targeted arrangement, the perception and use of the place is changed. The conglomerate offers a place to stay (seating), private space (privacy, transparencies) and participation (interactive element). The objects and the newly created spaces in between relate in their dimensions to human bodies and thus reinforce the invitation to interact.
Sit down! Stand underneath! Lean in! 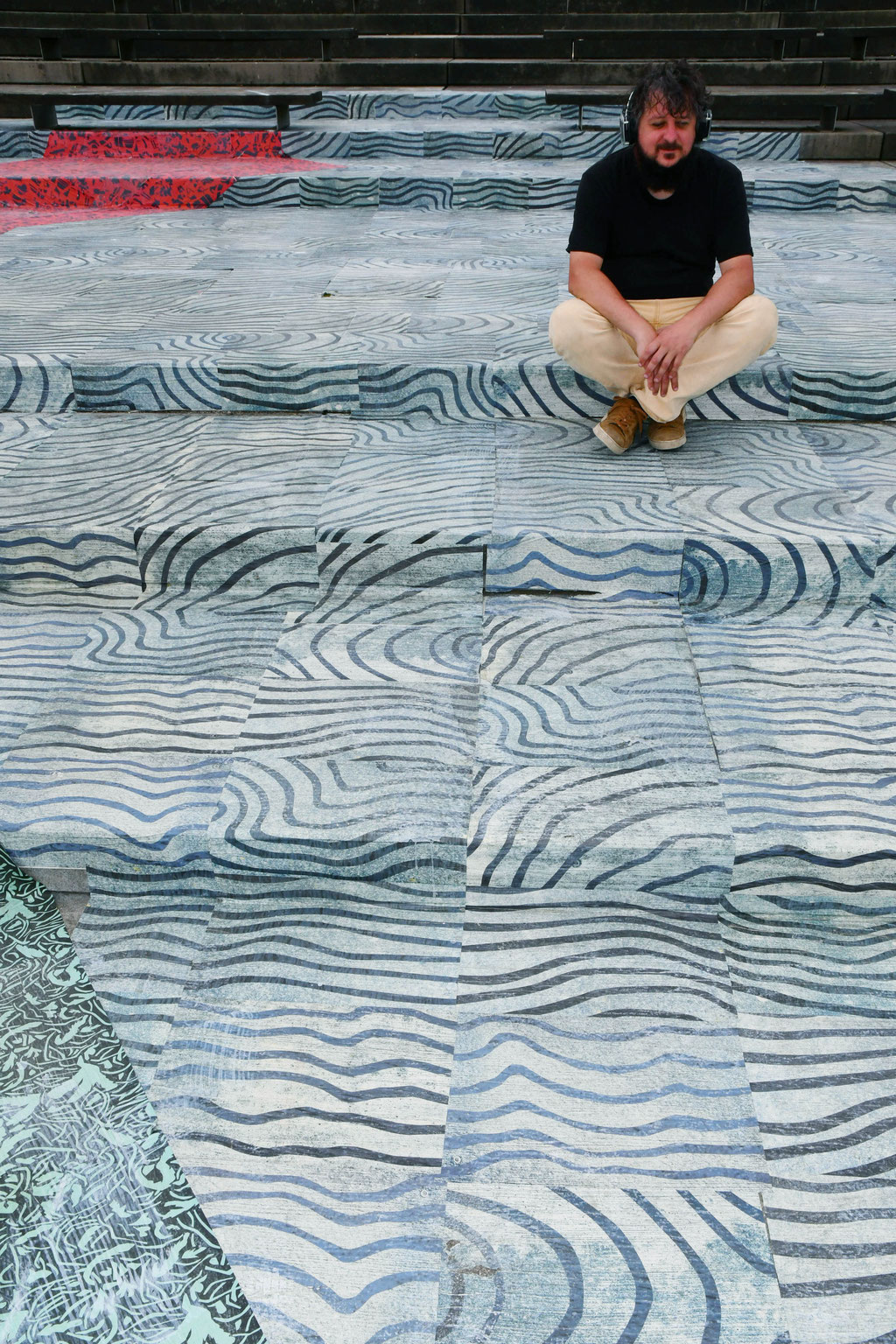 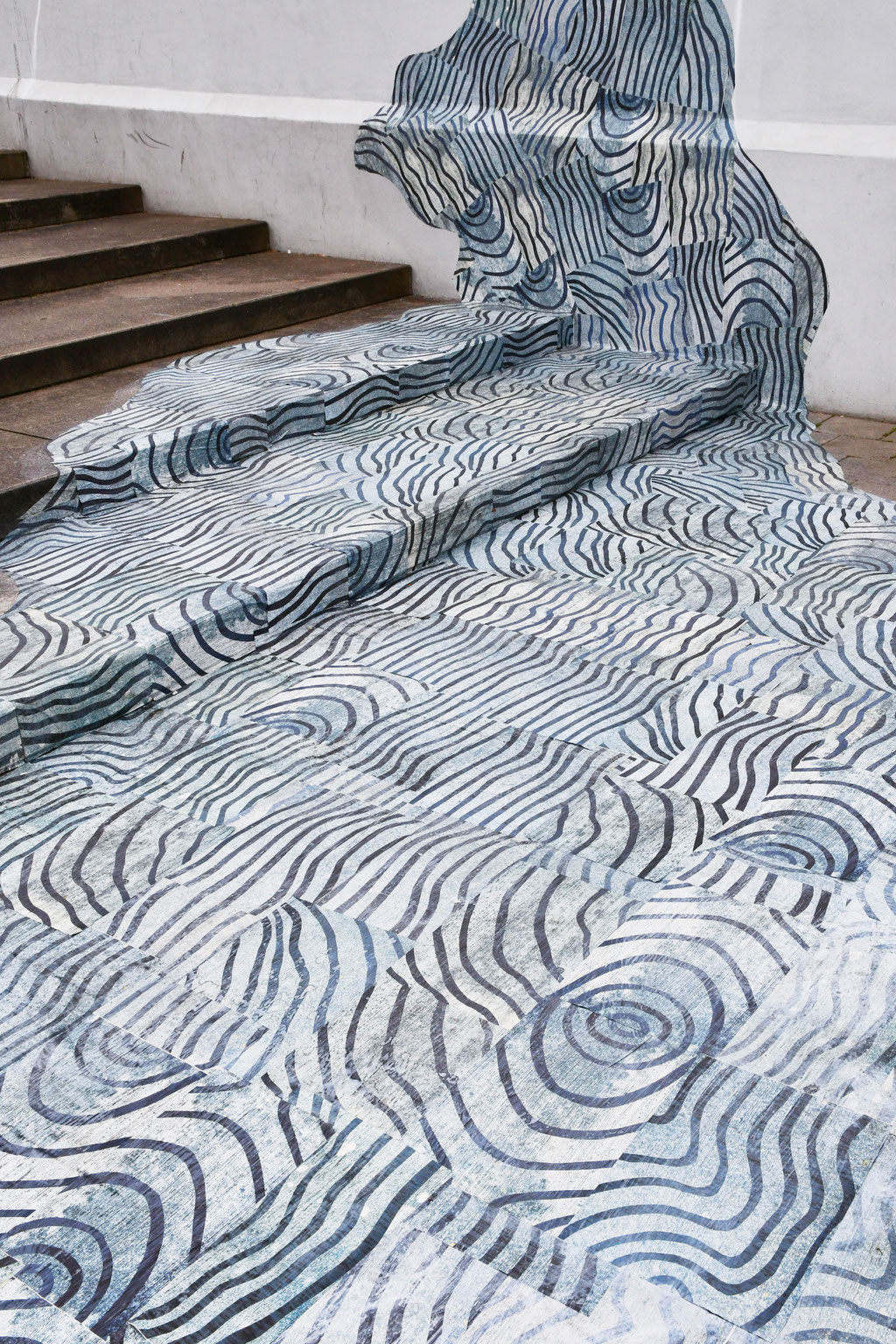